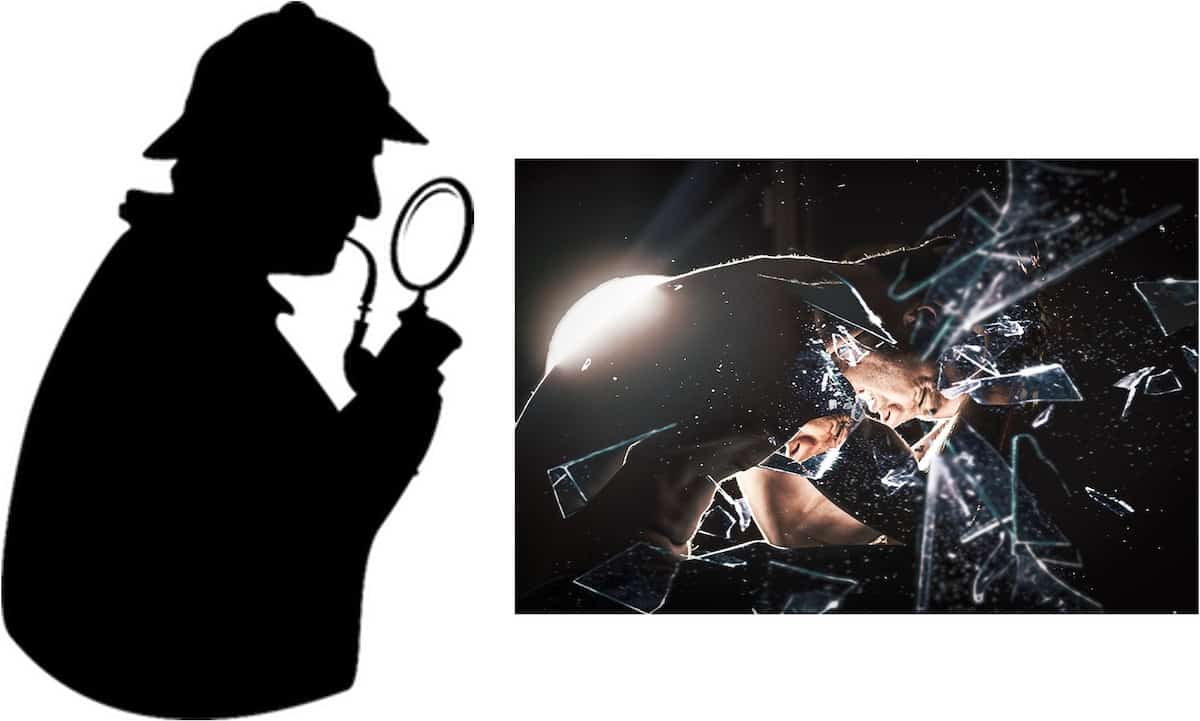 My plane had just landed.  I turned on my cell phone.  And almost immediately my CEO called to ask me about my recently hired “Rock Star” boss.

“Have you heard from Rick?  Nobody’s heard from him in several days.”

Rick was my new boss, the CPO, a guy that the CEO hired a couple of months before.

“No I haven’t heard from him either.  That is very unusual given the incredible pace he set for himself”, I said.

“Ok. Let me know if you hear from him and I’ll do the same.”

Where the heck was he?  He seemed to be working 20 hours a day, 7 days a week.  All of his direct reports were getting dozens of emails from him at all hours of the day and night.  But lately there was nothing.  Complete radio silence.

What happened to my new boss? It was a case for the Supply Chain Detective™.

Many months before my prior boss left the company.  The politics at play in the company were absolutely atrocious and after one too many bad experiences my boss had enough.  He left for greener pastures.

I aspired to have that job so I was excited when the CEO called me in to his office.  In short he told me that he was going to recruit someone from the outside for which he wanted my continued support.  He told me that for this role he wanted a “Rock Star” as the new CPO, someone who was really going to shake things up.

Within a couple of months he announced his new hire, the new boss for me and several others.  His resume and experience sounded great.  He did sound  like a mover and shaker.

But little did we know at that time that the CEO had got exactly what he wanted, a Rock Star, along with all of the stereotypical manic, bad behaviours that you hear about from some Rock Stars.

The Rock Star in Action

The new CPO clearly seemed to know his stuff.  He had just come from a massive, brand name company that was at its peak of success.  We were told, by the CEO and by him, that he was a major part of that success.

He quickly met with each of his direct reports to learn about us and share his vision.  He had bold plans.  But he had only just started with us, and he was new to this industry, so unless he was clairvoyant it was a little concerning that he had taken absolutely no time to really learn about the business before he had formulated all of the answers and directions.

With over half a dozen direct reports, and a global mandate, we were all extremely surprised at what happened next.  Within the first couple of days each of us had received at least 50 different emails from him, all directed solely at each of us.

In talking with my co-workers we soon learned that each of us was similarly getting inundated with emails at all hours.  And these emails did not just require simple responses.  Each of them demanded a phenomenal amount of work and resource.

On top of that we would all be called in to meetings with him throughout very long work days.

We all wondered does this guy ever sleep?  The pace he was setting was off the charts.  We reasoned that he was just trying to get up to speed quickly and make changes fast.  So despite the culture shock we persevered.

Shortly after he started he invited all of his direct reports to his house for an entire Sunday at the end of his second week on the job.   He told us he wanted to brainstorm ideas and work on a direction.  It sounded reasonable so we all went with open minds.

We all arrived on time at his place on Sunday.  We sat around his dining room table.  At one end he had a flip chart set up.  And then he started the meeting by flipping over the charts.

There was NO collaboration, there was no room for input, there was no request for ideas, and there was no offer to debate.  He had decided what he wanted done and we were only expected to nod in agreement.

We all looked at each other in astonished sideways glances.  After we left we all conferred.  Everyone agreed.  This was nuts.  There was no attempt at team building, collaboration, listening or respect.  It was either his way or the highway.

Was this really what the CEO wanted?

To make matters worse the avalanche of emails resumed after we had left on Sunday night and continued through the early hours of Monday morning.

The Rock Star Melts Down

The next few weeks continued in the same frenetic manner.  Meetings, phone calls, and emails galore consumed all of our time.  There was literally no time to get anything else done other than to serve the new boss.

But over this time we all started noticing some very alarming behaviours.

The times that his emails came in was the first sign.  The guy could not have been sleeping more than 2 or 3 hours a night maximum.  Anyone can keep that pace for a day or 2 but to do this for weeks on end is at a superhuman pace that no person can sustain.

And then we’d all start to notice in meetings that he would always carry a bottle of water.  But in the course of normal conversation he could be seen shaking the bottle so violently that the water looked like it was bubbling over.

His speech was also somewhat concerning.  While he had an accent it became increasingly difficult to understand him because he was speaking at a very rapid rate.

On top of that as we got into deeper discussions it seemed that his true grasp of the topics, his understanding of subject matter and business processes, and his leadership skills were all highly questionable.  He was a great talker but it wasn’t clear that he really knew what had to be done or how to get things done.

What on earth was going on?

On a Friday at the end of his seventh week on the job we all got the same barrage of emails from him as we all left work for the weekend.

Surprisingly by the time I got home I hadn’t received any new emails from him.  That was unusual but it was a pleasant relief.  I didn’t think too much about it when I went to bed and checked my Blackberry only to find that there were still no more emails.

Saturday morning came and went, as did the rest of the day.  No new emails.  Wow!  That hadn’t been the case for almost two months.  I checked with a few of my colleagues and they were equally shocked, but relieved.

It was the same on Sunday and when we all arrived back to work on Monday there had been no new emails, calls or meetings in over 60 hours.  This was odd but finally there was some time to get down to work.

See also  When the Elephant in the Room is Your Supplier!

Any meetings with the new boss on that Monday were cancelled as he hadn’t shown up for work.  The same happened on Tuesday, Wednesday, and the rest of the week.  We all chalked it up to him being sick or maybe just being burned out from the herculean pace he had set for two months.

The following week I had to travel on business.  And it was when I landed back home a few days later that I got that call from the CEO.    The CEO had not heard from him either, which was out of character for any Executive.

About a week after that, which was over two weeks since the new boss had disappeared,  that the CEO called me again.

He had finally got a hold of this guy’s wife.  She explained that he was extremely ill.  He had a complete breakdown.  He was on all kinds of medication, and had been all along.  He had severe, long-standing psychological problems.  And he was on strict medical watch.

He would not be coming back to work.  Ever!

As it turned out he had all of these problems at the previous company that the CEO had recruited him away from.  Apparently there were signs of this that came up during the interview process and some of the people who interviewed him made the CEO aware of their concerns.  Reference checks also made note of these concerns.  But the CEO ignored them all.

It also became apparent that a lot of the success that he had at the prior company was because of the company logo on his business card.  The company itself was highly successful and world renowned.

As such whenever he went to suppliers for instance to negotiate he carried a very big stick in terms of the amount of premium business that was up for grabs.  If he didn’t get what he wanted he would take his business elsewhere.  This crude negotiating style may work for a while but in the end it will catch up to you.

And that’s exactly what we saw with the new CPO.  He had confused his ability to get results and succeed with his prior company as being due to his own abilities and expertise.  The reality was that when he came to work with us, a company with less global renown, he couldn’t just flash his business card to get things done.  His skills were far less than what he was billed to have.

The Rock Star was exposed and he had crashed and burned!

The Rock Star in Conclusion

When your company is not as famous you have to truly have the skills and capabilities to get things done.  You must be able to work with people collaboratively, effectively, and professionally in both the short term and the long term.

This whole experience proved to all of us that we truly did have great skills as a team.  We worked in an industry which was not as high profile and for a company that was not a household name.  Yet we were still able to achieve phenomenal results due to our intellect and hard work.  There was a lot for us to be proud of.

The Mystery of the Rock Star Boss had been solved by the Supply Chain Detective™!