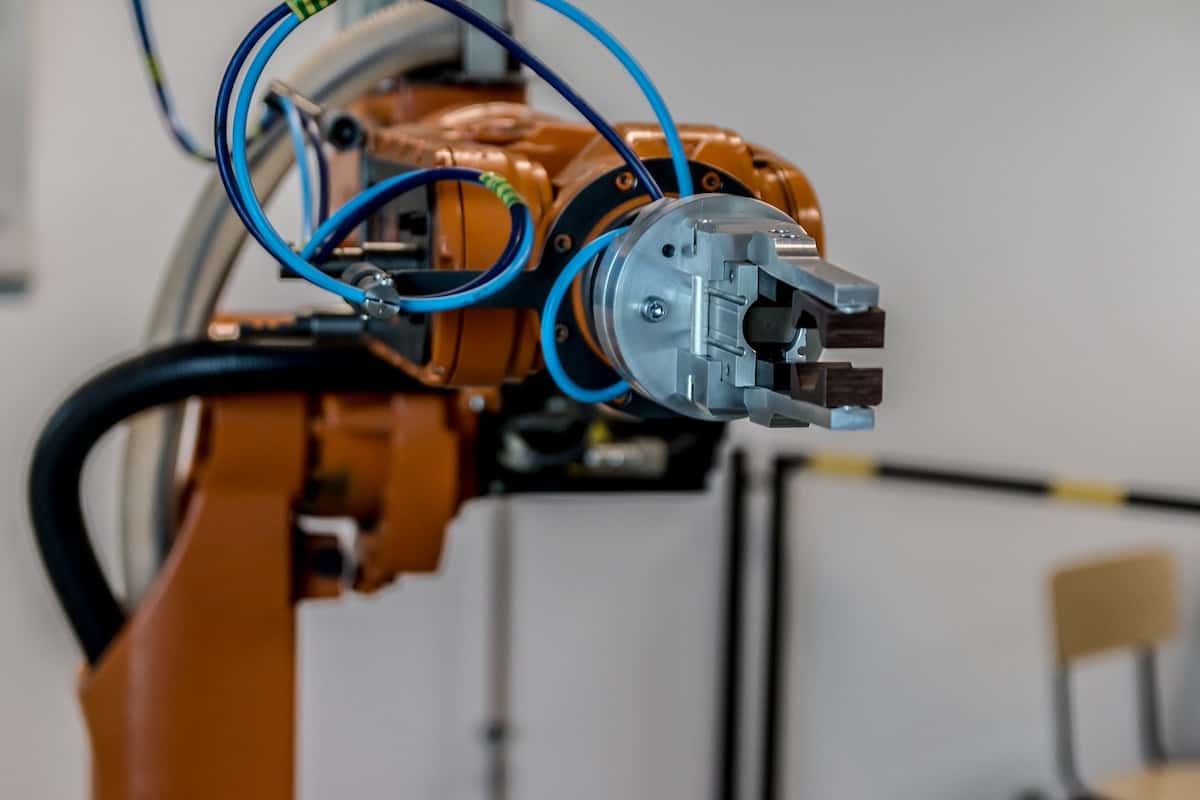 First, a “Prime Objective” of the Shasta EDC is job growth in the manufacturing and technology sectors, including the use of collaborative robots. This is our key focus. However, the recruitment, retention, and expansion of our companies is equally important.

There is obviously a symbiotic relationship between employer and employees. However, from time to time there are talent gaps that emerge and technologies that force us to rethink our approaches to business.

Data shows that the number of manufacturing jobs are declining, and the jobs that remain are shifting to a mixture of the traditional and tribal knowledge around manufacturing and a blend of technical knowledge that helps to augment current manufacturing with the practical application of emerging technologies.

Over the next ten (10) years, the use of robots will substantially increase, and simultaneously, the gap between willing and able workers and job openings will widen. Even though there will be less, but better paying positions, there may not be enough workers to fill these openings. Some of this is caused by socialization that has branded manufacturing as an “older” profession.

In reality, manufacturing provides great career opportunities. In any case, more robots will be used in manufacturing, and if the talent gap is not closed, this could escalate even faster. Although we will continue to focus on workforce development to fill these jobs, we must also promote the adoption of robots, in appropriate applications, to insure our ability to compete and attract new companies.

As the cost of collaborative robots declines and their capability increases, it will be difficult not to include this technology in our manufacturing and warehouse operations. These devices, and the associated sensors and grippers are becoming more capable and adaptable.

In addition, there are standards emerging that provide for interchangeability of grippers and sensors, all easily programmed to meet a specific purpose. This flexibility also allows manufacturers to quickly redeploy these robots to perform other task as orders arrive, markets change, or as operational processes evolve.

And many people believe that robots replace people. Robots allow people to perform more valuable activities, and ones that are best suited for critical thinking which is where humans excel. If you need specific tasks performed consistently, robots can be an ideal solution.

Today’s collaborative robots are designed to work with and among people. When no people are in proximity, they operate at their highest speed. When humans approach, the robots sense this proximity and slow to approximately 10% of that speed, or some other speed as programmed. If there is actual contact with a person or a thing that is not programmed, the robots will immediately stop. The speeds and automatic stopping provides for human safety.

And another benefit of robots, and their sensors, is their ability to capture lots of data that would not be possible for people. Therefore, where data collection is critical to process improvement, a robot can be a wonderful solution. There are questions about how much data to capture. One school of thought is to collect every piece of data possible, even if it is not currently used. The thinking is that at some point, that data may be useable for a yet to be determined purpose. However, there is a cost in collection, processing, and storage of this data.

The other school of thought is to collect and process only the data for which you have a need today. Collect and process that data at the Edge (as close to the collection point as possible). Do not expend resources to transmit and store that data for future use, as the expense will be high and the likelihood of future use may not be very high. The thinking is focus on continuous improvement related to the issues you can identify today and you can always adjust as you move forward.

Robots can perform many menial tasks that are not so appealing to people, such as final inspection. There was a demonstration of a collaborative robot inspecting a small engine. It used sensors and cameras to check switch positions, wire connections, tension and integrity of connections of tubing and wiring, etc. The robot could even change switch settings to insure they were set to the default position for shipment to the customer.

See also  Global Process Excellence ™ : A Journey From Disarray To Best In Class!

In this application, not only could they accurately and consistently perform the tasks, but they could also collect the data that could be used by manufacturing to come up with solutions so that process injected defects could be permanently eliminated.

The most interesting application of collaborative robots was in a fabrication environment. A high skilled machinist, capable of programming and running complex jobs and equipment, had six (6) robots working with him in a cell. Each robot placed raw material into a CNC Mill, then the robot initiated the CNC milling operation.

Once the process was complete, the robot opened the mill, removed the completed part, and placed it in a slot designated for transport to the next process step. The skilled CNC operator programmed and managed the robots, as well as setting up and programming the CNC machines. The productivity of the highly skilled worker was amplified six times, or more, by use of robots. That CNC operator was now more valuable than ever to his company.

There are many that worry that robots will reduce the number of jobs in our community. However, ultimately, we’ll have to compete with other communities that deploy new technology. It is better to lead the way, so let’s be the expert, build the capability of our workforce and its productivity by deploying technology. In the end, we’ll produce more and be more attractive to new companies.

Let us not live in fear, but reach for the stars. Let’s be a leader in these new approaches so that we can provide jobs and opportunity for our community and youth for decades to come.

Collaborative robots article and permission to publish here provided by Tony Giovaniello. Originally written for Supply Chain Game Changer and published on May 10, 2017.