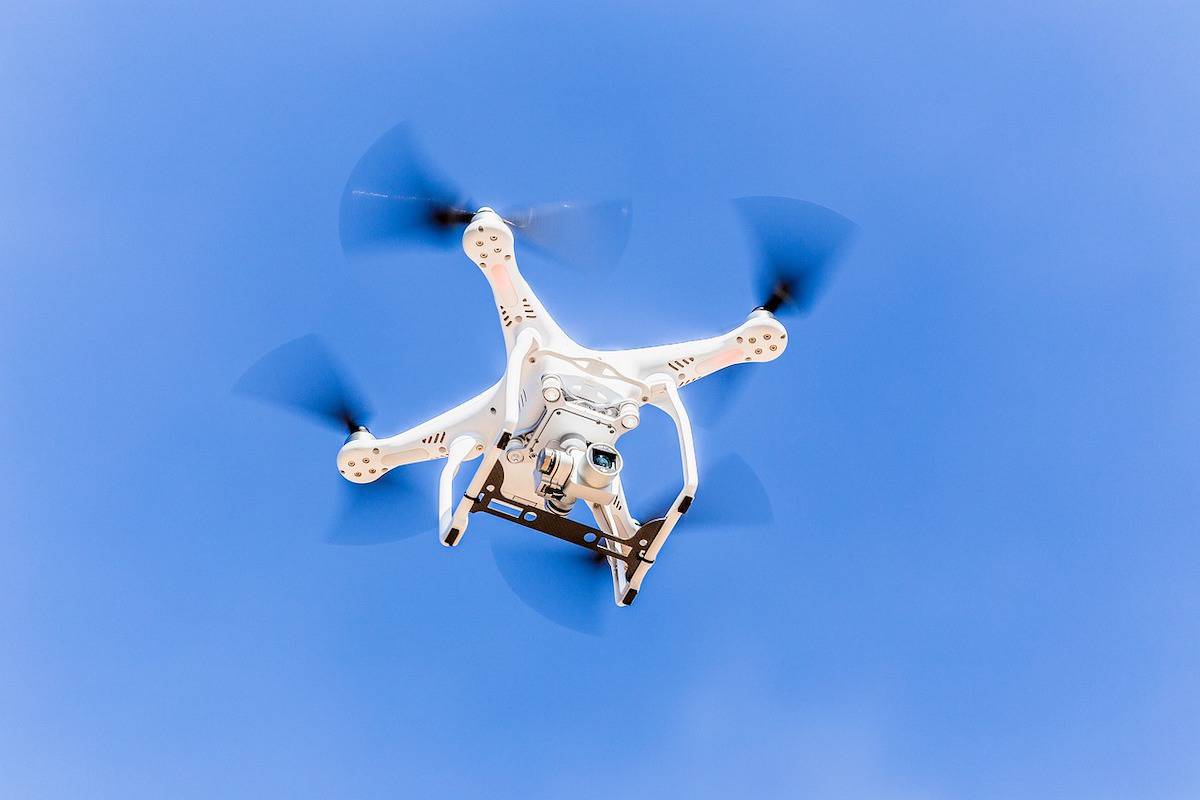 Also known as an “unmanned aerial vehicle” (UAV), a drone is an unpiloted aircraft or spacecraft. Drones can be operated remotely by a person or they can be controlled intelligently by computers, or in most cases, a combination of both.

Initially drones were primarily associated with the military and aviation sectors, however, they are now being increasingly used for various activities within the leisure, non-profit and commercial spheres.

In this piece, we will look at how retailers and logistics companies could use drones to deliver parcels to customers.

The Rise of The Delivery Drone

Recent years have seen a flourishing interest in the use of drone technology to deliver packages. McKinsey estimates that autonomous vehicles including drones will deliver 80% of all items in the future. This is fuelling investment and innovation in the area, which in turn is creating a sizeable market.

For example, in the US alone drone delivery has grown from a $40 ​million to a $1 billion industry in the five years between 2012 to 2017. This is expected to grow further with NASA projecting that there will be commercial drones 2.6 million drones operating per day in US skies by the year 2020.

What Are Consumer Attitudes Towards Drones?

60% of consumers indicate that they are in favour of or at least indifferent to drone delivery. Generally, consumers are all in favour of the speed and convenience that drones would bring to the delivery process. However, there are still numerous issues that will need to be addressed before consumers fully embrace this technology. These are outlined in the chart below from eMarketer:

What Are The Advantages of Drone Delivery?

Unlike delivery trucks, drones can travel “as the crow flies” and this allows them to avoid traffic and complex navigation paths. The speed of drones is a major selling point for customers, of which 79% say they would be “very likely” or “somewhat likely” to request drone delivery if their package could be delivered within an hour (Source: Walker Sands Future of Retail 2016 Study). What’s more, faster delivery times could potentially reduce shipping costs for customers, and this, in turn, may result in a sales boost for retailers. Advocates for delivery drones posit that this technology could work in tandem with existing transportation methods to facilitate faster and cheaper fulfilment of goods.

The average truck delivery of a package creates about 1kg of greenhouse gas emissions. A 2018 study published in Nature Communications revealed that the use of small drones instead of diesel-burning delivery trucks could help tackle climate change by reducing energy consumption as well as the release of greenhouse gases. Businesses could lower their transportation emissions by supplementing traditional road haulage with electric-powered drones.

“The use of drones to deliver parcels may have the potential to decrease delivery costs, having no driver or truck costs, eliminating congestion costs, having less missed-deliveries due to the very short delay, e.g. 30 min between item dispatch and delivery, and is now the object of intense research activities. Drone delivery may bring other significant advantages. From a consumer preference point of view, drone delivery combined with mobile phone applications to ensure traceability and scheduling, could provide conditions to satisfy highest demand probability (combining home delivery with flexible delivery time, information traceability and reduced cost).”

“Last mile delivery by drones: an estimation of viable market potential and access to citizens across European cities”, European Transport Research Review (2019).  UPS offers one possible way that drones could be used within last mile logistics. They suggest installing mini-helipads on the top of their trucks. According to their estimates, eliminating just one mile from the routes of each of the company’s 66,000 delivery drivers could save up to $50 million.

What are the Disadvantages of Drone Delivery?

The single biggest obstacle facing delivery drones is, in fact, a legal matter rather than a technological one. Many countries have laws in place restricting the flight of commercial drones in certain areas. For an example of some of the restrictions that apply to drones in Ireland, check out the below graphic from the Irish Aviation Authority.
​

Current airspace governance physically means that many areas are completely off-limits to drones. With so many legal roadblocks to consider, drones are currently an unviable logistics solution.

Limited battery technology means that currently, a single drone carrying just one package to one destination can fly just a little over two miles. What’s more, whereas cargo drones typically have a very limited capacity of only 5kg, delivery trucks can carry hundreds of packages at a time. However, advocates for delivery drones argue that with the current rate of innovation these technological limitations could be resolved within a few years.

Amazon was one of the first companies to make headlines about drone delivery when its CEO Jeff Bezos announced plans to create Amazon Prime Air in 2013. The aim of the service is to deliver goods to customers in 30 minutes or less via drone. Prime Air successfully delivered its first parcel to Cambridge, England in December 2016. However as of 2019, the service has yet to launch and is still being tested in several locations across the world.

UPS has long been one of the leaders in the field of drone deliveries. In 2019, they set up a new subsidiary, UPS Flight Forward, to manage its drone operations. They also began the process of securing permission from the US government to operate a fleet of commercial drones across the country. If their application is approved, they may be allowed to fly drones at night, above populated areas, and out of the operator’s line of sight.

In 2016, Domino’s delivered the first pizza by drone in 2016 to a New Zealand couple. The pizza company stated that drones will be an essential part of its future delivery operations. This was one of the first uses of drones to deliver food and has since inspired many other companies to follow suit – with the most famous example being Uber Eats.

In 2016, Zipline partnered with the vaccine non-profit Gavi to deliver blood samples and other urgent medical supplies to remote locations across Rwanda. In its first year, they oversaw 2,000 flights—totalling over 62,000 miles and delivering 4,000 units of blood. They are now looking into expanding their services into more countries across East Africa.

Read more about how drones are transforming delivery logistics in the infographic below.

One thought on “Delivery Drones are Taking Off! (Infographic)”