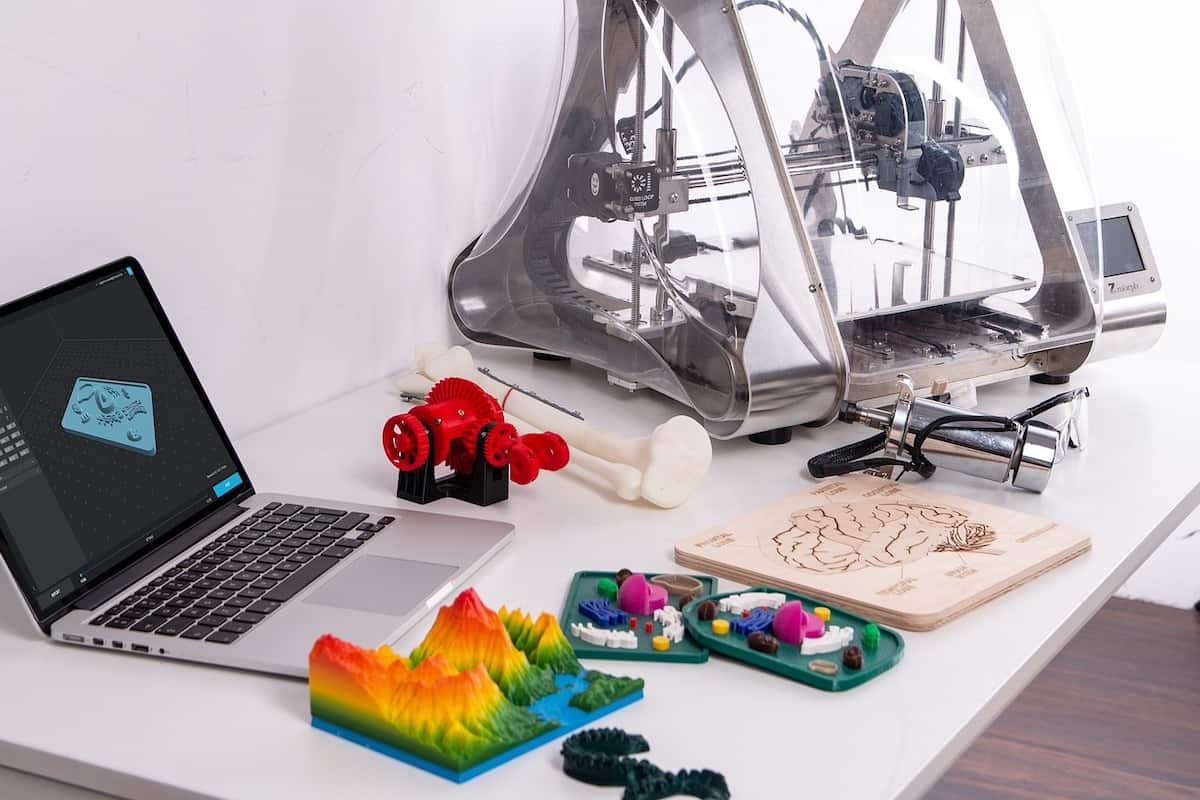 3D printing technology is not new.   Its been present for two decades now.  But this technology is so broad, immersive and innovative, people are continually stretching the limits of 3D Printing and continuously discovering more interesting and more challenging things with its application.

From developing an artificial human body part to manufacturing a fully-fledged supercar prototype, it’s assured that this is the most innovative and cutting-edge technology we have discovered to date.

There are so many amazing reasons why people are leveraging this technology this much. As 3D printing is getting affordable day by day, it is increasingly available to more and more people. From a geeky tech guy who loves to do experiments, to a mid-sized school where teachers are using 3D printers to explain tricky topics to students, 3D printing technology is becoming mainstream.

3D printing is even used in the production of movies like Harry Potter, Pirates of the Caribbean, Spiderman and many more. The 3D printed objects look so realistic and appealing that it is hard to believe that they are made artificially. From a small spider bug in harry potter to the giant ship of Jack Sparrow, we have seen a plethora of examples of this amazing technology.

3D printing has become a startup pivot point for many entrepreneurs.  Many investors are investing their funds in this promising technology for the enlightenment of human life. The 3D printing market is worth more than $20 billion, as it has achieved 39% growth from year to year.

Let’s have a look at the most amazing, trending and viral things which people have built with 3d printing:

For the past few years,  metal 3D printing has been a favourite topic because it is useful, produces more beautiful objects and saves labour.  In the latest trend, the prices of metal printing have dropped significantly due to advancements in 3d printing technology.

See also  Truck Drivers are a Vital Part of the Supply Chain!

This may be a useful innovation in the world of 3D printing.  A company named Voxel8 is going to introduce their advanced, feature packed and more efficient 3D printer which will be able to make 3D objects by using multiple building materials. In the early days, we were only able to manufacture something from a single material. But now things are different.

The IDTechEx Show which is organised on 14 & 15 November in Santa Clara, California will be showing numerous 3D technological innovations, and this multi-material 3D printer will be one of the highlights.

People Built a 3D House in Less Than 24 Hours!

With 3D printing, people built a 400-square-foot house in Moscow. Just after a natural disaster happened in the suburbs of Moscow, people were homeless, struggling and praying for their lives.

A 3D printing company helped those people by manufacturing a safe and warm temporary shelter for them. This act is worth acknowledging as a trending innovation in 3D printing. Now people have started building houses using this technology. In Beijing, an entire two floor building was built from scratch in just 45 days!

Now, this is a delicious trending innovation in the world of 3D printing. A company named chocedge created a chocolate cake by injecting and printing with chocolate.

They developed the cake by creating layer after layer by injecting a chocolate mixture out of a 3D printer. As the chocolate starts settling at the room temperature, they created the cake.

See also  What are Incoterms?

Scientists have introduced a prototype model of 3D bioprinter in which we will be able to replicate human skin and the functional characteristics of working skin.

This concept was presented by a group of dedicated scientists of the Center for Energy, Environmental and Technological Research, Universidad Carlos III de Madrid and Hospital General Universitario under the observation and joint venture with BioDan Group.

Scientists from the University of Minnesota, have discovered the concept of printing circuits directly on  human skin.  The circuit is not permanent and can be removed anytime you want.  Profoundly anyone will be able to plot an electronic tattoo on their body and change the design later on as they want.

The 3D printer market alone is worth more than $7 billion. As compared to the past couple of years, the prices for 3D printers have gone down drastically due to mass manufacturing and demand for this technology. Now, anyone can afford a 3D printer without burning a hole in their pocket. From a small printer to a giant prototyping professional 3D printing machine, everything is available online. Channels like Amazon, Gugglu, Robu, and IndustryBuying are offering 3D printers at an affordable price.

One thought on “Amazing Examples of 3D Printing Technology!”