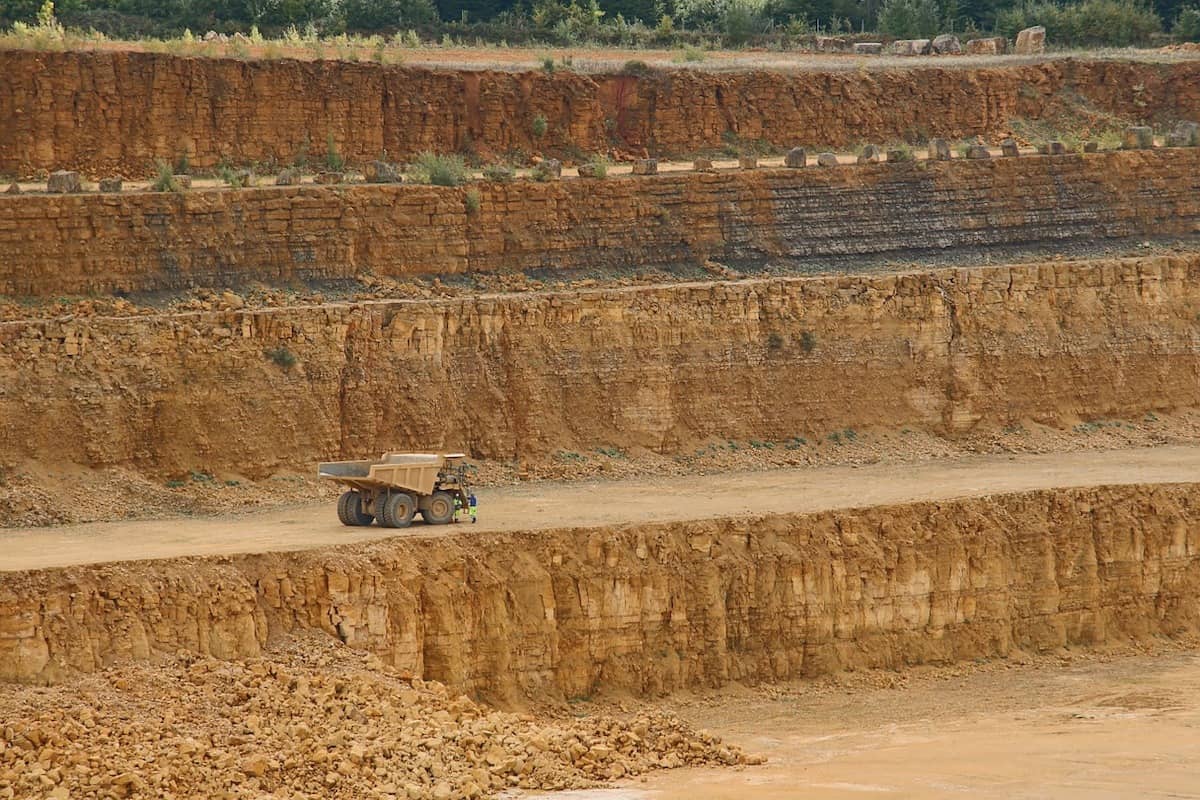 Limestone is a sedimentary rock that has been used since prehistoric times. One of the most common uses for limestone today is in construction.

Still, it has other uses, such as building roads and bridges, cement, and even agricultural fertilizer! The extraction process for limestone varies depending on where you are extracting it from.

This article will cover everything you need to know about limestone extraction from Florida quarries, including its history, uses, the extraction process, and more!

Limestone is a sedimentary rock formed from the accumulation of calcium carbonate. It can be composed of organic or inorganic material and often contains fossils. It’s typically found in areas covered by shallow water for long periods, like oceans or lakes. It is commonly found along coasts, where it can be mined for use as building materials or crushed into aggregate for use in concrete mixes.

When exposed to air, limestone erodes naturally over time due to rainwater and wind-blown sand that washes away tiny particles from its surface called “weathered rock.” Once these rocks become exposed at the surface level, they are referred to as “exposed” because they are no longer protected by an overlying layer that would protect them from being worn down by erosion.

The Increase in the Use of Limestone in Florida

The start of limestone mining in Florida dates hundreds of years back to 1672. During this First Spanish period, the first construction began in St. Augustine. Since then, several quarries have been found and mined in Florida.

The Lake Belt region in Miami-Dade county has the best quality limestone in Florida. The Miami-Dade limestone sector provides over 14,000 jobs and a payroll of around $550 million.

Florida is home to many quarries and has a long history of quarrying. Florida also produces one of the most extensive amounts of limestone in the United States, which is used in many industries.

The geological landscape of Florida is quite diverse, making it a prime location for quarrying. For example, some areas are rich with limestone, while others may have none but contain large amounts of sand or clay. Some of the most famous quarries in Florida are:

There are a lot of quarries around Miami, but the ones most famous for limestone extraction are the white rock quarries. It has been operating since the 1960s. It’s one of the largest quarries in the state, and it’s located about 30 miles east of West Palm Beach. The white rock quarries are close to Miami-Dade, Broward, and Palm Beah county.

Cemex Card Sound Quarry is a limestone quarry in Florida. The quarry’s location on the eastern shore of the Gulf of Mexico allows it to ship its product throughout the state and nationwide, as well as internationally.

In addition to extracting limestone from its quarry, Cemex Card Sound Quarry also holds an exclusive license to extract dolomite from its property. Dolomite is a type of rock that contains magnesium carbonate, which has many uses in both construction materials and chemical manufacturing processes.

Star Quarries is a quarry in Florida that has provided high-quality limestone for over 30 years. With its wide variety of sizes, shapes, and colors, Star Quarries’ limestone is used in many different applications.

What Permits Do You Need for Limestone Mining in Florida?

Florida limestone mining is regulated by the Department of Environmental Protection and the Division of State Lands.

The Florida Department of Environmental Protection regulates all types of mining in Florida, and they require that you get a permit for any type of mining you wish to conduct. The permitting process consists of several steps: an application, a public hearing on the proposed mine site, an environmental assessment, and a public notice period.

The Division of State Lands regulates all surface lands in Florida that the federal government or private individuals do not own. They also regulate all state-owned lands under their control. The Division requires you to obtain a permit from them if your mine site is located on state-owned land.

Who Regulates Blasting in Florida for Limestone Mining?

The State Fire Marshal regulates blasting in Florida for limestone mining. The state has been working to increase the safety of blasting operations since 2009, when a series of blasts in Polk County killed four workers and injured others.

The state requires that companies seeking permits for blasting operations must submit detailed plans for their blasts, including descriptions of how explosions will be set up and monitored, who will be on-site during detonations and what equipment will be used.

The limestone extraction process is a multi-step, labor-intensive undertaking. First, the raw materials (limestone) are extracted from the quarry by blasting and drilling. The stone is then loaded onto trucks for transport to processing facilities, which are crushed into smaller pieces. From here, it can be processed as aggregate in construction projects or crushed down further to make cement for concrete.

Once processed it can be sold as products like cement mixers or drainage pipes. It can also be transported to building sites where it’s used as an ingredient in concrete that forms floors or walls of homes and other buildings.

And finally, when those homes and buildings are no longer useful or desirable enough to keep around anymore, or if they’ve been damaged beyond repair, they’re often demolished by professional crews trained in demolition practices such as cutting through steel beams without damaging them too much so they can be reused later on other projects.

Limestone is a great resource that can be used in many different ways. Extraction, sourcing, and aggregation are naturally high here, with some of the biggest quarries in Florida. It provides jobs for people and generates revenue for local businesses.

The limestone extraction process has been around since the beginning of time and will continue to be used as long as buildings are built and roads paved!