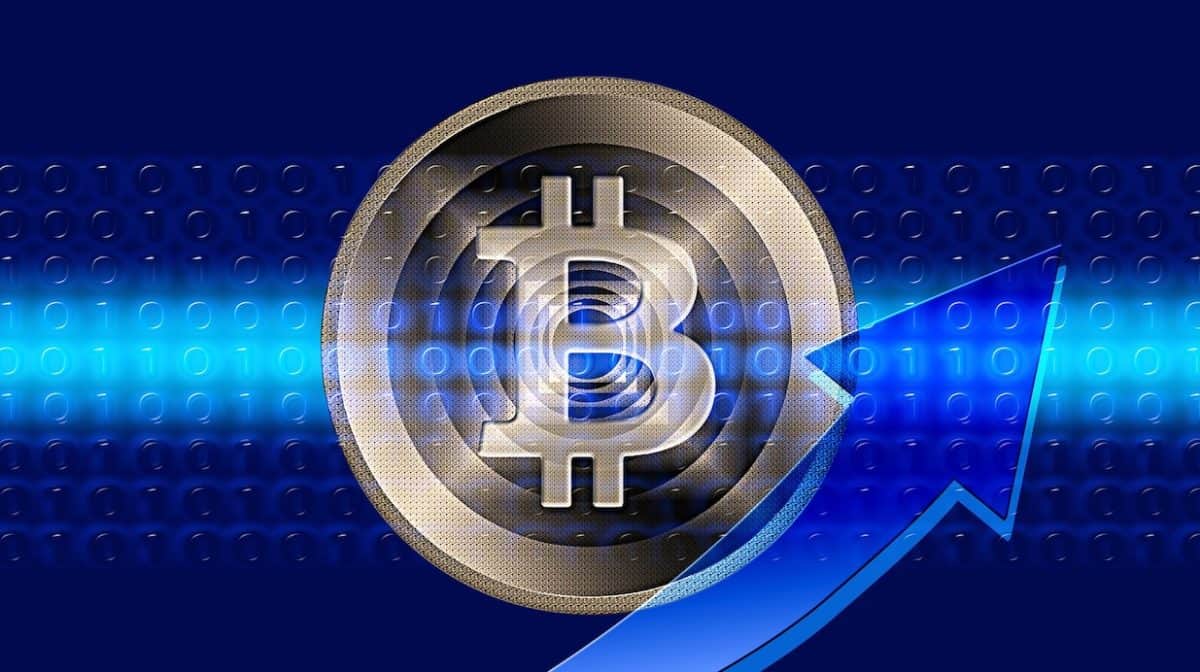 Since bitcoin started its proud walk upwards in March 2020, it was seemingly on the edge of a bubble burst so many times. Perhaps, more because of psychological than economic reasons. Because this bad boy has never been so high. Will Bitcoin stop growing?

Every person who watches those charts constantly hitting new all time highs must be sitting in their chair thinking: “how is that even possible?”. But, here we are. And yes, bitcoin did hit $60K and it hasn’t burst yet. However, the online community and all the holders of bitcoin from all over the world just cannot help thinking about one thing.

Is there the possibility that bitcoin is going to plummet anytime soon? Will bitcoin stay stagnant or keep growing? These are all the questions that even the most sophisticated analysts can’t answer for sure. Let’s look at some hard facts so that you can come up with your own analysis and decisions.

What makes it grow?

While one pool of research states that bitcoin grows along with its chances for official adoption, others claim it has nothing to do with governments. Designed as a fully decentralized monetary value-transferring system, bitcoin exists truly independently. And even though governments have learned to study the history of blockchain transactions, institutions use over-the-counter services to process large transactions with no harm to the market prices.

Those large transactions are also quite difficult to associate with one person or entity because they are written into blockchain with the help of cryptographical codes and with no names. On the other hand, institutional investments into bitcoin cannot go unnoticed. For example, Elon Musk did report to the SEC about the latest Tesla purchase of $1.5 billion worth of BTC. He also reported about his new job title “technoking”.

So, if we assume that large institutional transactions do not affect the price of bitcoin directly, then why it grew so drastically over the previous year? A lot of experts think that this particular cryptocurrency is mostly moved by news and psychology.

So as soon as the large audience hears the news about another big whale’s purchase or the perspectives of the governmental adoption, they start massively buying bitcoin at the retail exchanges like the Canadian bitcoin exchange on CEX.IO. As a result, the price grows. And if we extrapolate this tendency into the future, bitcoin prices will continue growing as long as it has news to be fed with.

The impact of economic crisis

The world’s Covid-19 pandemic has really shaken the macroeconomic landscape. The trillions of dollars of the fiscal stimulus have made the US government print more dollars. And since the US dollar has long been the world’s quote currency, its inflation is expected to trigger the next major wave of economic crisis, just like the one in 2008. However, the recovery from this wave is expected to be smoother and faster because businesses have learned to adjust to new circumstances and continue their operation despite the global lockdown.

In these uncertain times, you surely want to have a decent store of value to rely upon in case all the fiat currencies will lose their value. Some publicly traded companies like Square and MicroStrategy were the first to reserve parts of their cash capitals in bitcoin. After some time, large-scale hedge funds also kicked in.

For instance, Guggenheim Funds Trust applied to the SEC for the approval of up to 10% investment of the fund’s net worth into bitcoin by the Grayscale Bitcoin Trust (GBTC). All these events imply that bitcoin is more likely to be widely adopted than not. While large investors are buying it out in big quantities, bitcoin as an asset becomes more and more scarce.

Additionally, the bitcoin’s stock-to-flow ratio doubles with each halving, that’s every four years, experts say. This value means simply the amount of currently available asset in relation to the new bitcoins being poured into circulation year by year. And because the stock-to-flow ratio is quite predictable, bitcoin becomes a good store of value.

As soon as bitcoin hit the new psychological threshold of $50,000, not everyone knew that its total market valuation became equivalent to Google.

Many financial connoisseurs say that bitcoin becomes a safe-haven asset similar to gold. However, research points out that for bitcoin to have the market same as gold, it has to rise to at least $300,000 per unit. And to reach the size of the US Federal Debt, bitcoin has to come at the price of $1.4 million. This is quite real – experts estimate bitcoin to reach $1 million in about 11 years if the same annual growth rate and inflation rates will maintain over these years.

Will bitcoin need further institutional adoption to reach $300,000? It could facilitate price growth, yet the fact that more money is printing in the world while people continue using bitcoin as hedge investment can also drive the further bull run. According to the Bloomberg report, bitcoin is growing even ahead of schedule, although some corrective patterns are expected to come soon.

The experts predict growth to $100,000 and a maximum of $325,000 over the next year. Then the market might drop and stabilize at around $35,000. This is one of many predictions about bitcoin. Other experts tend to be more optimistic and say that bitcoin will fix at $100,000 value in the long run.

So despite the fear of many retail investors about the bursting of a bubble, financial analysts view bitcoin as a safe investment from the long-term perspective. Will bitcoin stop growing? Even though some corrections, meaning drops in the price are expected, the overall tendency shows that bitcoin is on the way to its mass adoption.

Perhaps soon everyone will be able to buy a cup of coffee with some Satoshis in the nearest coffee shop while some more significant amount of BTC will brew in our savings accounts.

Will Bitcoin stop growing article and permission to publish here provided by Mary Ann Callahan. Originally written for Supply Chain Game Changer and published on May 31, 2021.