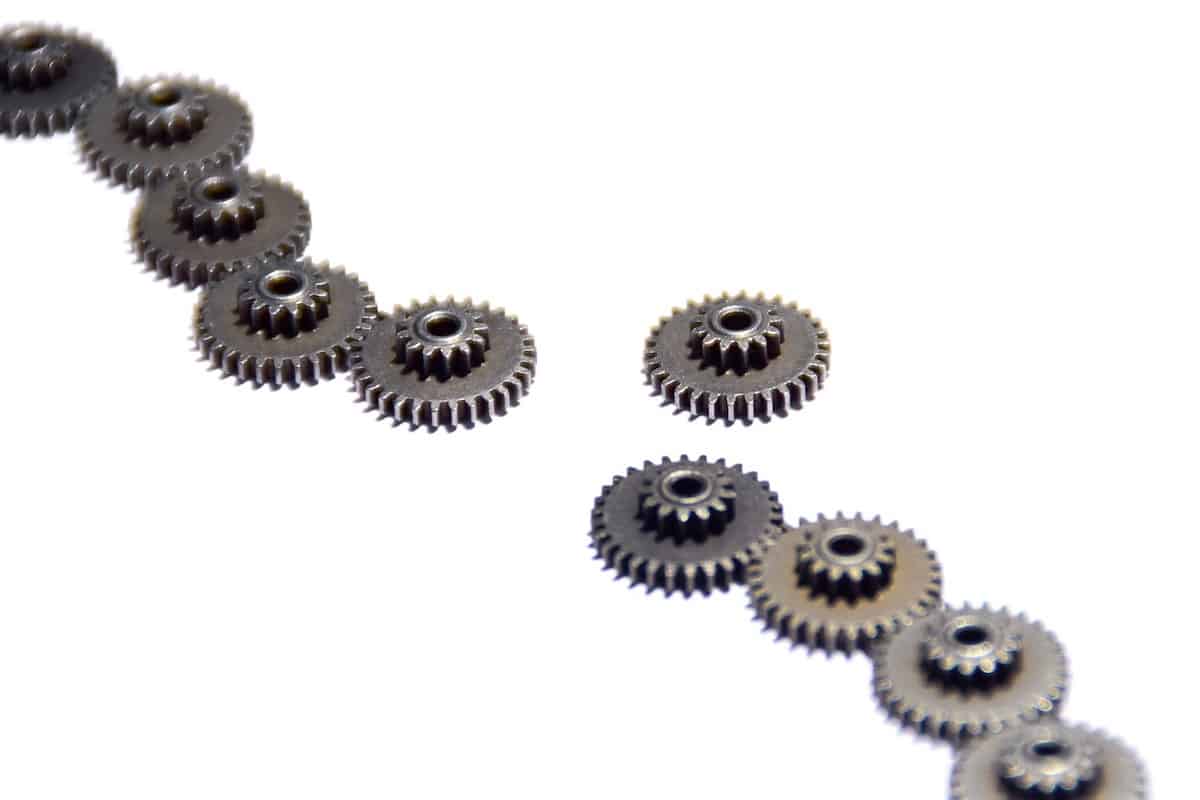 When I was presenting the latest Supply Chain Strategic Plan the CEO said to me, “We’ve already spent millions on Supply Chain! Every process should be working like clockwork. Why do you need more money?”

It was true, to a degree. While I had only recently joined the company it was true that the company was investing over $10 million to upgrade and automate their Distribution Center operations.

My predecessor had spearheaded this investment. The current Distribution Center operations were unable to handle the growth, the change in product mix, and the dynamics associated with rapid fulfillment and online shopping.

But there were some fatal flaws which were at the core of their investment plan. Most significantly they failed to optimize the process first.

As a result they were spending millions of dollars automating a bad process.

The company was a large retailer with hundreds of stores fulfilled and replenished by a single Distribution Center.

With tens of thousands of skus being merchandized the Distribution Center sent skus to the stores in quantities as low as 1 unit per sku. Fulfillment to stock the stores was based on predicted demand and the profile of each individual store (eg. small, medium, or large store). Replenishment of inventory for each store was similarly based on actual and projected demand.

Like many organizations the 80-20 rule applied to the products being distributed and sold. 80% of the demand was for new, high volume product, which accounted for only 10% of all skus. After the introduction of new product the demand would diminish over time but the product would remain in demand indefinitely even if it was only being sold in quantities of 1. 20% of the demand was for old, low volume, high mix product which accounted for 90% of all skus.

For the high volume product the Distribution Center supplied product most often in full case quantities. That meant that these cases did not need to be opened. They could be received, put on warehouse shelves, and pulled as required where labels would be applied to factory sealed boxes and then shipped to stores.

Low volume products were to be picked in a new, highly automated (though manually operated) pick-to-light system. Cases of products would be sent into the pick-to-light system through a convoluted maze of conveyors. As cases passed each operator station lights would shine when the operator was to pull individual items out of the incoming cases and put them into cases destined for stores.

See also  Delivery in the Age of Amazon!

The result was that the boxes that were being picked in to looked like a piñata. Literally dozens of different skus were placed into these boxes. When the box was full it was sealed and sent to shipping. And when the store would open the box they would see the dog’s breakfast of product before them. They in turn would have to manually unpack and sort through this piñata.

At its core this was a bad process.

And the company had just spent millions automating it.

I could certainly tell that the prior Distribution Center operating system had to be changed. It was unable to handle the growth and demand that the company was forecasting.

While this was true to some degree the team missed a wonderful opportunity to actually improve the process first and then automate thereafter.

Consistent with Lean principles the team should have first focussed on how to reduce waste, reduce handling, and reduce inventory levels.

Our fundamental approach is what we call a “Don’t Touch” philosophy. Unless you are actually adding value in a certain operation you should eliminate all possible handling of any and all product. And it was this approach which I was building in to the new strategic plan which caught the CEO by surprise.

For cases that were too large for any one store to consume the merchants would need to work with suppliers to reduce case sizes to be more consistent with actual demand and enable full case fulfillment. While there would be a slight cost increase in packaging the labour savings alone would be enormous.

See also  Global Process Excellence ™ : A Journey From Disarray To Best In Class!

The second consideration was that wherever a supplier was on the same continent we would look at all opportunities for drop shipping. Because if you have now solved the issue of broken cases and have all demand supplied in full, factory sealed cases, moving product to the Distribution Center actually doesn’t add any value either.

By tying suppliers in to your Fulfillment and Replenishment system demand signals can be routed directly to the suppliers. They can print the appropriate shipping labels, slap them on the cases, and have the product move directly to the stores bypassing the Distribution Center altogether. It is a Vendor Managed Inventory (VMI) paradigm.

This would eliminate a phenomenal amount of duplicate, non-value added handling of goods, reduce time significantly, and cut costs sharply. Not only that it would increase the capacity to support growth exponentially.

The new strategic plan for Supply Chain included these fundamental paradigm shifts, and many more:

This unfortunately required more investment, albeit a small fraction of the amount that the company had already invested in automating a bad process.

The additional investment was what the CEO struggled with. The CEO didn’t understand the reality that they had failed to improve the process first before automating. But money is money and that became a sticking point.

On top of that the Supply Chain Fulfillment and Replenishment team was stuck in their paradigm of how things worked and what the processes had already been. They couldn’t see the forest for the trees and rise above this to see a bigger picture.

And the Merchants were too far removed from the impacts that their sourcing decisions had on cost and cycle times. They also just liked doing things the way they had always been done.

All of this meant that we would be pushing rope uphill to progress this new strategy. As with anything worthwhile it can be difficult to say the least. But it is worth the pain.

But so much of this resistance could have been avoided if the prior team had taken the time to really think outside of the box and streamline their process first before making the enormously costly, and largely unnecessary, multi-million dollar investment.