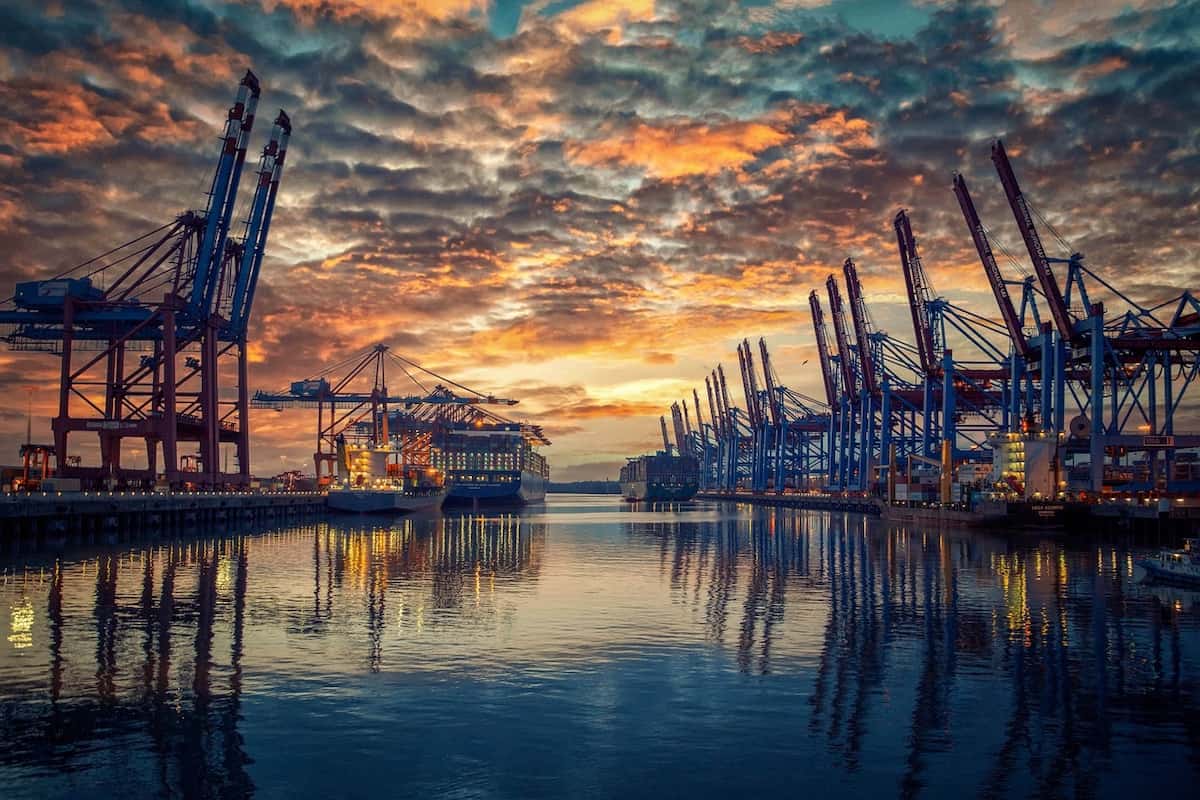 Over the years, the explosion of trade around the world has resulted in the expansion of the infrastructure required to move goods around the world.  There are several components to moving freight globally and independent firms compete for each portion of this traffic.

Transportation is a commodity so the only real factors for customers to consider are cost and time.  Of course, you have to assume that in either case your goods will arrive safely, but any part of the logistics chain that can’t handle the freight without damage won’t stay in business for long.

The vast majority of global trade of consumer goods travels in ever larger container ships.   Naturally, each portion of the supply chain will look for economies of scale wherever they can.

But bigger has its challenges and not every port can handle the bigger ships resulting in investments at port facilities in larger and larger cranes.

Where the customer goes, the supplier must follow.   If you don’t have the equipment to unload a container ship, they simply can’t dock at your port.  And if you can’t offload quickly, its costs them money.

When moving any freight, there are 4 components of cost.   They are downtime, load time, travel time and unload time.   Downtime and travel time are under the control of the ocean freight company, whereas they are at the mercy of the port facilities for load and unload times.   You don’t make any money sitting in a port.

The current method of unloading container ships is to pull it into a dock and line up container cranes and start offloading containers one at a time.   Need to go faster?   Add another crane.   Faster still?  One more crane.  But cranes also cost money and there is a limit to how many you can put alongside a container ship.

See also  Who is Your Best Supplier?

Container cranes have gotten bigger and faster over the years, but bigger and faster can only take you so far.   As with most big leaps in productivity, perhaps it requires a completely different approach, and a marriage of alternate yet existing technologies.

Locks have been used forever in canals to raise and lower entire ships.  Easy to do … they float!

What if instead of simply pulling up to a dock in a port, the container ship was able to pull into a lock?  Lowering the entire ship means reducing the cycle time of each lift.  How significant is this?   On the largest ships, every second saved on a container would save 12 aggregate hours in total load/unload time.

At first glance, it would look like building a lock might exceed the potential savings.   And an engineering study would be required to know for sure.  But once you’ve put the ship in a lock, a very interesting thing has happened.  You now have DRY LAND on either side of the ship, meaning you can load and unload from either side.   Now, simply putting a container crane on either side of the ship isn’t going to help much, you could have just added another crane on the dock.

What if you don’t use a container crane at all?   What if the ship pulls into the lock, and you are able to pull a gantry crane right over the top of the entire ship?  The biggest gantry crane in the world will lift 20,000 tons, 45 ton containers are mere childs’ play for a gantry.  But the limiting factor of a container crane is one hoist and one lift at a time.  Except for space, there are no limits to how many hoists you can put on a gantry.

Now imagine four hoists on your gantry with two hoists working each side of the ship.   While two are unloading off one side of the ship, the other two are picking 2 more containers off the ship.   And because you have lowered the ship, the cycle time of each lift is reduced.    One gantry crane has just replaced four container cranes, and is still able to do the job faster because of faster cycle times.

Trying to make faster and bigger container cranes can result in incremental efficiencies.   Bigger improvements in productivity usually require a different approach.   This approach has never been tried, and the author doesn’t have the cost equations to verify the possibilities.

Building a lock is more expensive, but you already have to build a deep sea port, so the cost of the lock would be incremental.  I invite readers with more information to study the proposal, and perhaps trigger some ideas that would cause a leap forward in port efficiency.

5 thoughts on “Is There a Faster Way to Load and Unload Container Ships?”